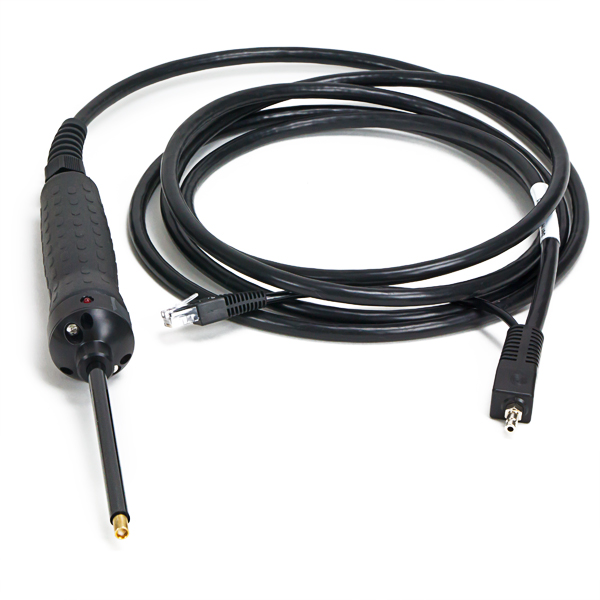 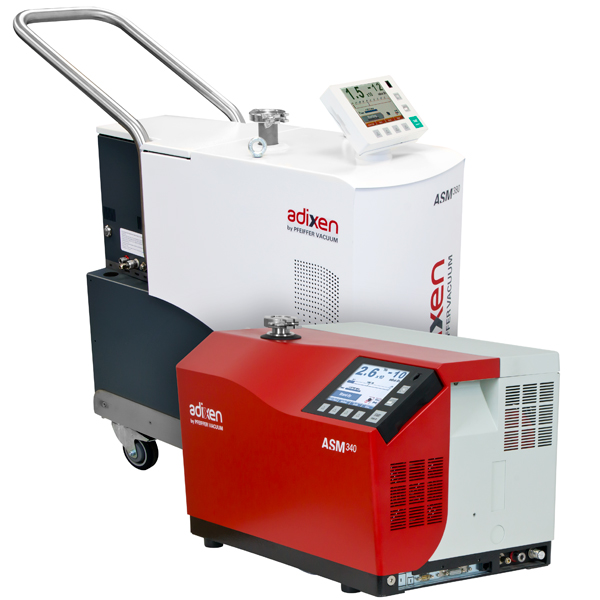 Additional reasons why helium is a superior tracer gas:


The choice between these two modes is based on both the size of the system being tested, as well as, the level of sensitivity required.

Spray Probe:Provides Maximum Sensitivity
For this technique, the leak detector is hooked directly to the system under test and the inside of the system is evacuated. Once an acceptable vacuum is achieved, helium is sprayed discreetly on the outside of the system, with particular attention being paid to any suspect locations. Any leaks in the system, including defective welds (caused by cracks, pin holes, incomplete welds, porosity, etc.), flawed or missing gaskets, leaks due to loose clamps, or any other defect will allow helium to pass and be readily detected by the machine. The source of any leaks can then be accurately pinpointed and repaired.


Sniffer Probe
For this technique, helium is purged throughout the inside of system being tested. Due to the innate properties of helium it readily migrates throughout the system and in its attempt to escape penetrates any imperfections, including: defective welds (caused by cracks, pin holes, incomplete welds, porosity, etc.), flawed or missing gaskets, leaks due to loose clamps, or any other defect. The systems exterior is then scanned by using a probe attached to the leak tester. Any leaks will result in an increased level of helium nearest the source and be readily detected. Leak sources can then be pinpointed, providing the opportunity for immediate repair and retest.