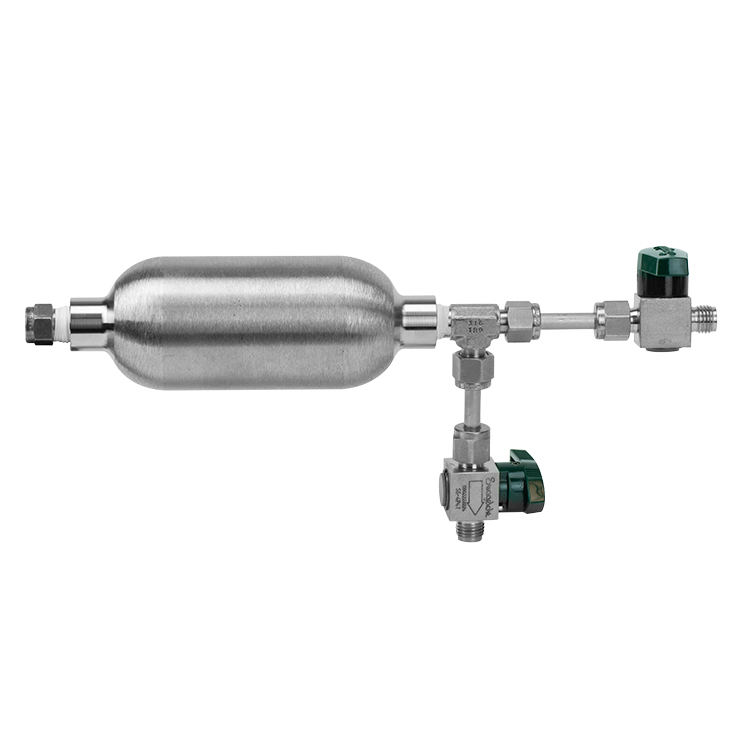 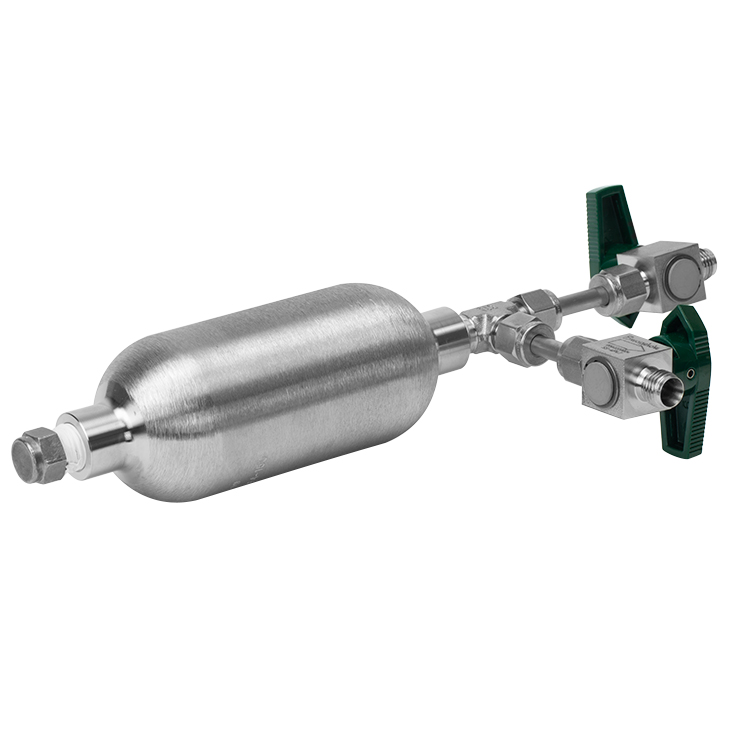 The controlled delivery of gas-phase vapor from a liquid precursor is needed in the processes of Chemical Vapor Deposition (CVD), Metalorganic Chemical Vapor Deposition (MOCVD), and Atomic Layer Deposition (ALD). These liquid vapor gas delivery cylinders contain an integrated bubbler to help contain the precursor vapor in a flow of buffer gas. These vapor delivery cylinders are made of chemical resistant 316 stainless steel with ¼ turn ball valves at the inlet and exhaust. The cylinder is rated to withstand pressure up to 1800 PSI (@ 37°C).

Cylinder maximum pressure rating varies by temperature. DO NOT pressurize cylinders over their respective temperature limits

The flow direction is printed on each valve, when buffer gas is flowed in the correct direction towards the deposition process, bubbles are formed at the bottom of the cylinder which rise through the precursor liquid. This allows for a constant steady flow of dilute precursor vapor in the buffer gas, which is typically helium, neon, or argon. These liquid precursor vapor delivery gas cylinders can be heater or cold to control the vapor pressure and concentration of the precursor. This allows for an accurate flow concentration to be generated.

You may wish to consider the following products: